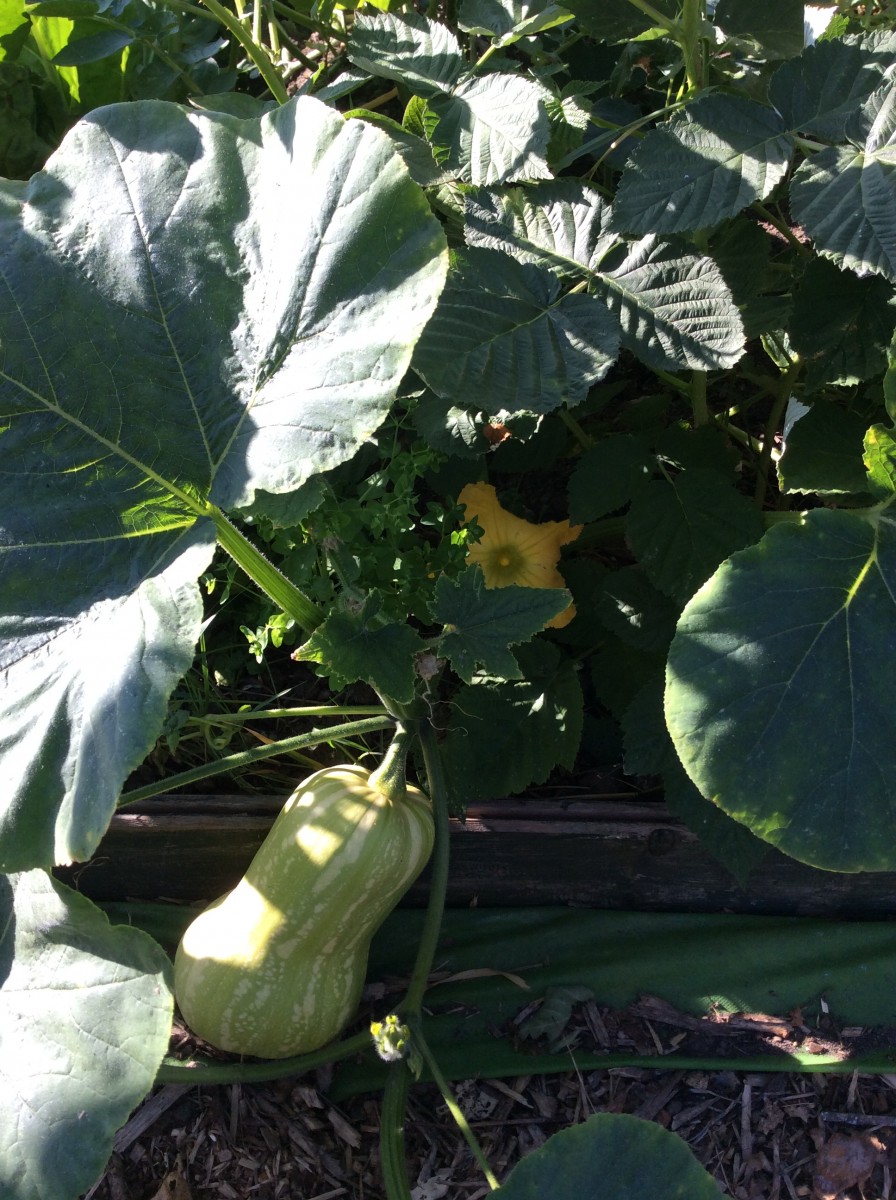 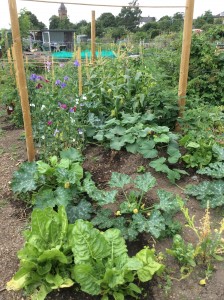 It’s fun having an allotment. Mine is a small parcel on an old 25 acre site in West London. It is a beautiful space filled with vegetable patches, old fruit trees, bee hives and flowers. A tranquil site that belies the individual industry that goes on there.

I weed, then plant, water and watch. I’ve been known to look and look in the desperate hope that by doing so the seeds will germinate in front of me. I’ve also taking to planting seeds at home that I can look at even more intensely and with greater frequency. Not everything germinates for me but when it does I’m thrilled. But the real excitement, which is almost childish is when you go and pick the produce and then cart it home. By bus it can be heavy work but it doesn’t dull the pride one feels in the kitchen and at the table when you prepare and cook the stuff you have grown yourself. I force my excitement on my kids when I serve something up from the garden. They really don’t understand. I think you have to be over 40 to get excited about gardening. Their turn will come.

In Spring after 2 years on the waiting list I was thrilled to be offered a plot. I thought I might still have m 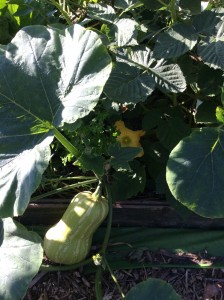 ore waiting to do. Managing to squeeze in peas and broad beans just in time for them to grow, we swooned over the finished dishes. The immediacy of picking and cooking can’t be surpassed for capturing the best of the flavours.

But summer is the high point as anyone who has had a veg patch will know. Almost too prolific,  the plants are bent low with tomatoes, beans and courgettes. The fridge too is groaning, filled full to overflowing as the courgettes just keep producing. You have to pick them otherwise you end up with monsters that you can hardly give away. That said, my son being social media savvy used the app, Olio a redistributor of unwanted food devoted to reducing food waste, to advertise the excess. Even giant marrows are desirable. It’s all free, one just has to pick the food up. Friends can relax too as they wont now be continually offered said marrows, or the impending glut of runner beans.

But the great delight for me, is the fresh corn, even though it hints at summer’s end being around the corner. I admit I failed with it’s germination at home by the window, so resorted to buying seedlings that have rewarded me well, even though I don’t feel that I should take t 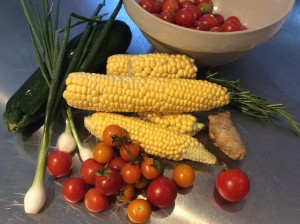 he credit. I remembered reading in Margaret Vissers book, Much Depends On Dinner,  how the Native American planted corn, climbing beans and pumpkin together, each having a place in the scheme of things. In one square metre the corn stalk supports the bean and the pumpkin forms a carpet below, suppressing any weeds. It’s worked for me. The butternuts are happily scrambling beneath and soil improvement is going on at the same time.

Once I have eaten plenty of boiled corn with melted butter, the next best thing is corn fritters. They also bring back fond memories of when arriving in Sydney in the  early morning, foregoing the in-flight breakfast and heading straight for, Bill’s in Surry Hills and yes at least one of us would order his iconic corn fritters with roasted tomatoes and bacon, always a tussle with perhaps choosing the ricotta pancakes.

Improvising is the way to make corn fritters. Start by slicing the kernels from the cob into a bowl. Add other things such as sliced spring onions, crushed garlic, grated ginger and choppe 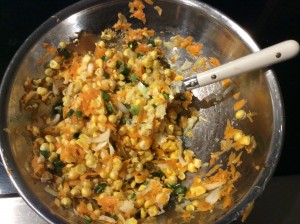 d fresh herbs, a bit of chili, pepper and salt. Add some raw eggs and some coarse polenta to make a firmer mixture. Sometimes I add grated raw carrot and cheese, a good melting one. Best fried in large spoonfuls in a lightly oiled non stick pan. Start with the heat on medium high and after flipping each one turn the heat down to finish cooking them through. Serve warm with chutney and ( some more) cooked diced courgettes with baby tomatoes and onions.