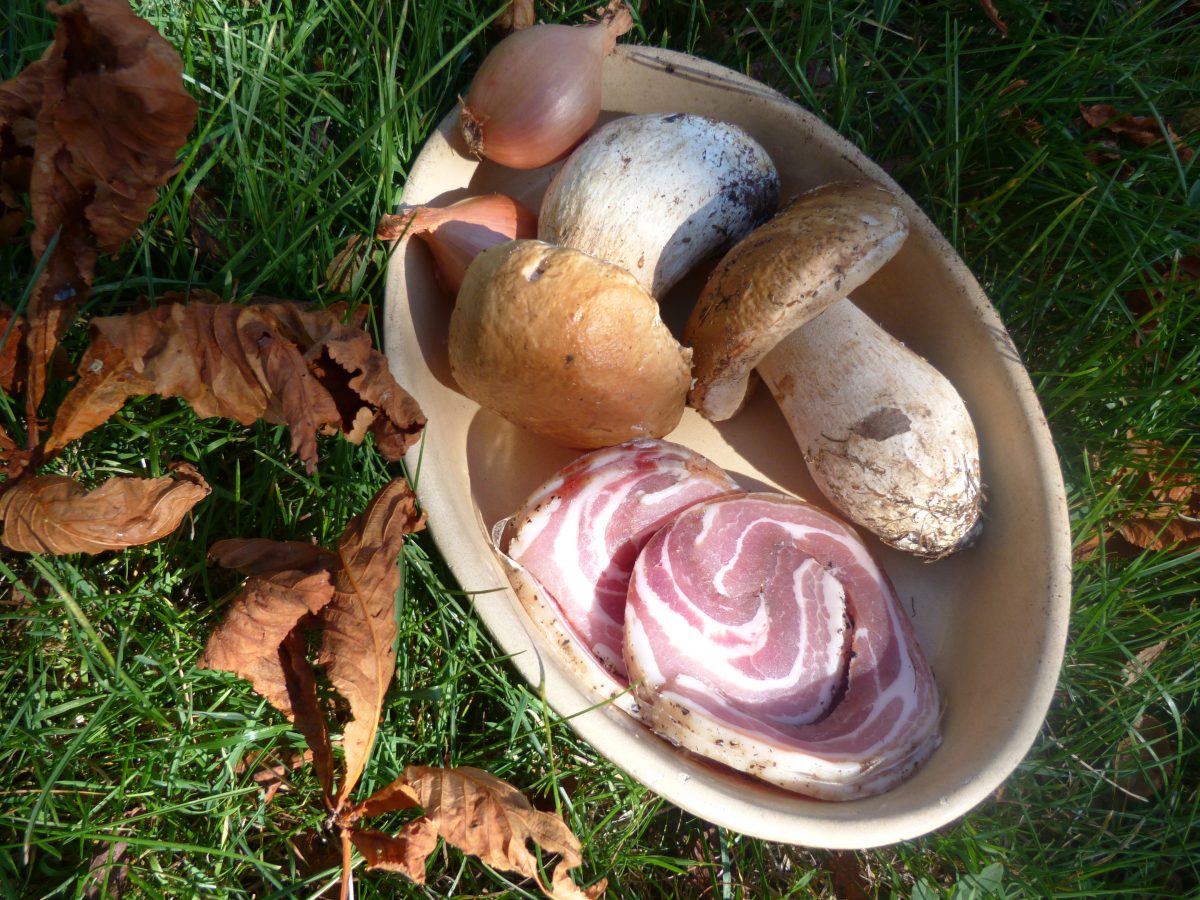 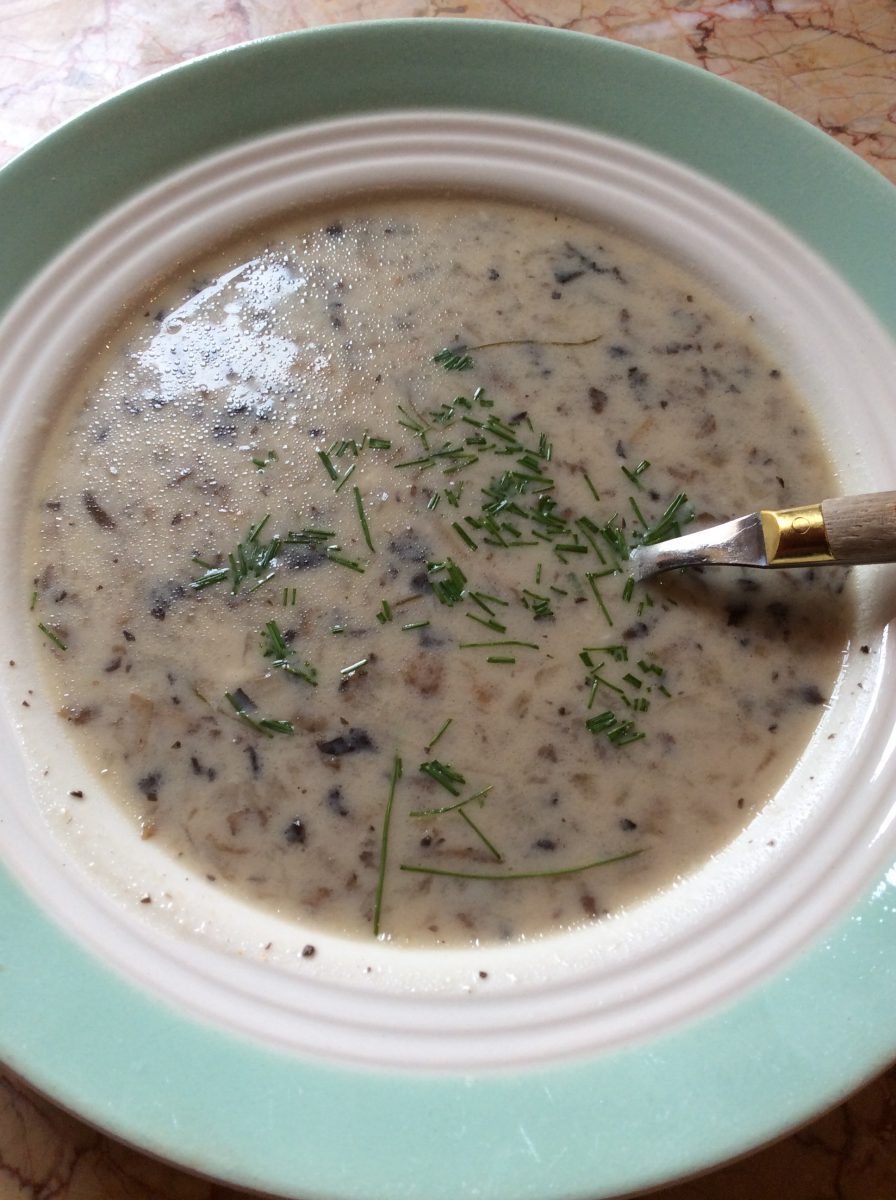 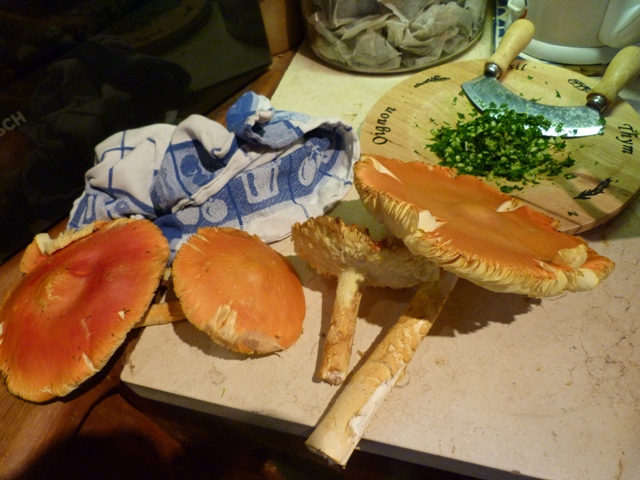 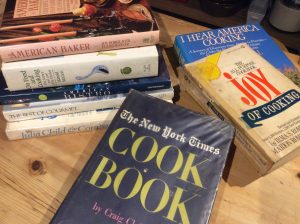 The best cookbooks are the ones where you have found a recipe which you have fallen in love with and return to it often. And more importantly you never forget the recipe’s origins and as a consequence that book represents a small part of your history. When I lived in the USA, a long time ago, one of the first things that I did was buy two cookbooks, in an effort to assimilate, learn from their culinary history and be on the right page when cooking for others there. One of those books was the New York Times Cookbook ( 1961 edition) whose mushroom bisque is one of those oft repeated recipes that I now know by heart.

On an unpromising day, either weatherwise or motivationally this recipe often pops into my head. There is something comforting about soup and although mushrooms were originaly an autumn crop this soup suits any dull day of the year.  It is truly quick and easy to make and is unlike any other recipe, it’s method is unique and its texture effortlessly creamy. It will also satisfy a hungry tum and put a smile on one’s face.

Having said all that one of my favourite chefs has just written a lovely new cookbook, Bill’s Kitchen which includes his favourite mushroom soup recipe. I may well have to try it ( and re-evaluate my own) as all Bill Sewell’s dishes , much loved by his customers in his Hereford and Cambridge cafes are full of “deliciousness”. Those that have worked for him are undoubtedly his best fans, cooking the recipes they learnt in his kitchen in their kitchens today. I include my offspring in this catergory!

Blitz 500g mushrooms and 1 onion in a food processor until finely chopped. Tip into a soup pot and cover with stock or water. Season with salt and pepper and simmer for 20 minutes, until the vegetables are cooked through.

In a second large saucepan pour in 500ml milk, 75g butter chopped and 75g flour. Over a moderate heat whisk continuously until the sauce thickens, is lump free and comes to the boil. Simmer for 5 minutes and season with salt, pepper and nutmeg.

Whisk the mushroom mixture into the white sauce. Add a dash of sherry, a few drops of tabasco and check the seasoning. For extra creaminess finish with some double cream.