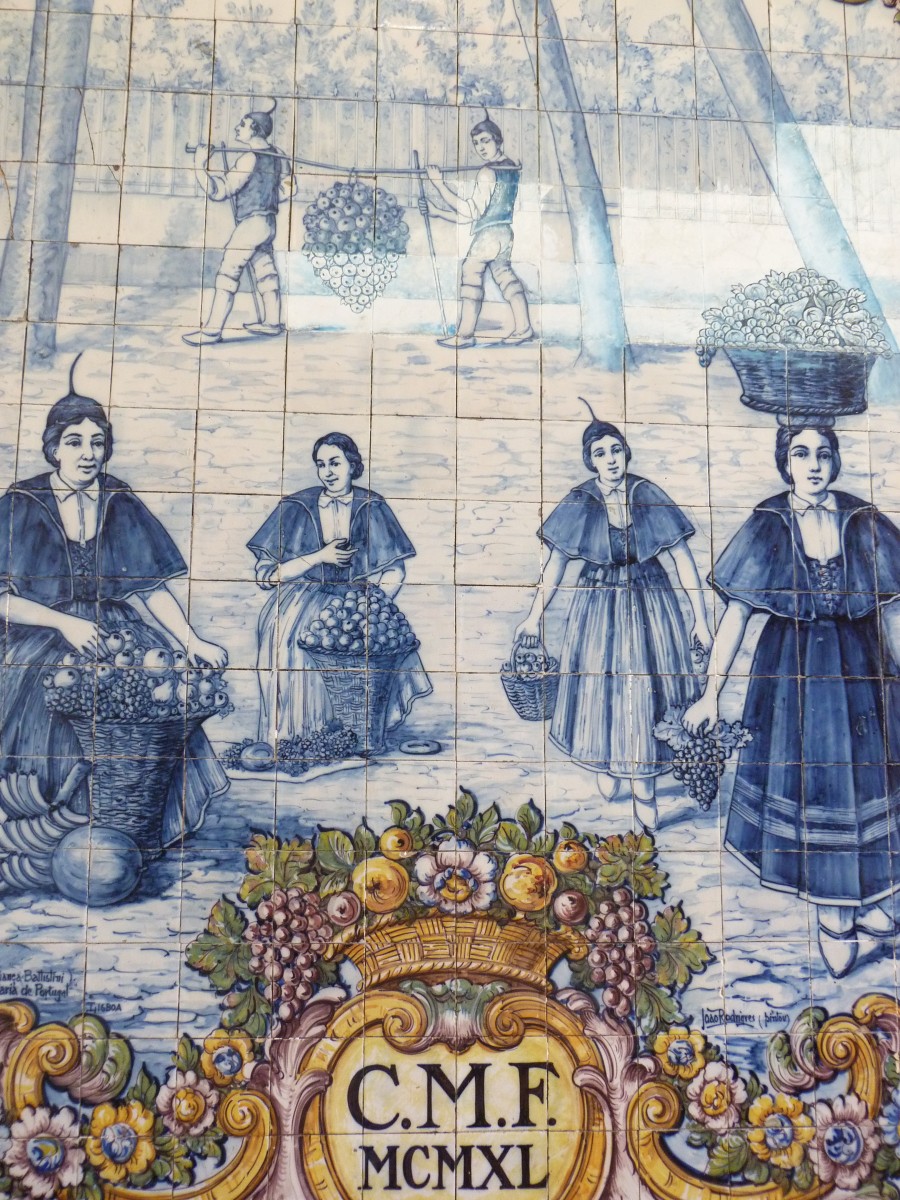 If you are a gardener like me you can’t help being captivated by Madeira where there are 3 climatic zones as you ascend from the ocean to the island’s high ground. Very fertile soil and abundant rain make the largely imported plants from all around the world  grow like crazy. Everywhere one is surrounded by beautiful plants including flowering trees. Some call Madeira God’s garden. It is never too hot nor too cold here. If you are looking for exercise too there are many kilometres to walk along the levadas that snake the hilly landscape affording you wonderful views all around.

As a cook it is an equally fascinating place to visit with its lush tropical fresh fruit making  fabulous dried fruit too and  markets full of every sort of vegetable plus  an abundant display of fish and seafood. The pastry shops, (my favourite on Avenida do Infante in Funchal) with their delectable cakes, breads, pastries and desserts are superb. Is Pas de Deu a cake or a pastry? Very yellow with egg, light and buttery like a brioche  and  topped with a squidgey rippley coconut sweet crust it surely is a godlike luxury breakfast. Their croissants too have that particular Madeiran touch, meltingly soft rather than pastry crisp. Curiously Madeira cake as we know it in the UK doesn’t have anything to do with the same cake named locally, which is more like a dense small fruit cake, more sweetmeat than cake I think.

Australians, like me, are used to eating purple passionfruit daily, as they grow over many back fences in suburbia, but here in Madeira there is an amazing variety I have never seen before. Not only do they look different here but they taste and smell as their different names imply; banana, lemon, melon, orange. It is almost to fantastic to understand how this can be so. Another ingredient the tree tomato or tomatillo, also passionfruit like but with black, red and orange jewel like seeds has a sweet tomato aroma. You can’t eat too many.

And have I mentioned the beautiful  garlic, packed with flavour, the scabbard fish a metre long with it’s ink black skin, often served with fried banana, another home grown ingredient and of course  freshly caught tuna. I am used to thinking tuna should be cooked rare but I was forced to rethink after I ate a traditionally recipe of tuna that had been marinated in oil,  vinegar and spices before frying to a crisp crust and served with Venezuelan corn, a white polenta flecked with thinly sliced cabbage. (This you can see being being sliced and bagged in the covered market. It seems to go into a lot of dishes including a potato based green soup.) The tuna was served with a chilli spiced tomato sauce that seeped into the polenta.  On an island such as this one can eat fish every day, and we did.

A generous pinch of paprika and turmeric and chilli to taste, a little grated orange rind

Place the marinade in a plastic bag and add the tuna. Massage into the fish a leave for 2-3 hours.

Saute the sliced vegetables until tender adding a generous amount of the seasoning.

Fry the tuna in a thick layer of olive oil, then drain on kitchen paper. When cooked through pour the marinade into the tomato mixture and simmer until thickening. Serve poured over the tuna.